What The Midterms Mean for Your Money 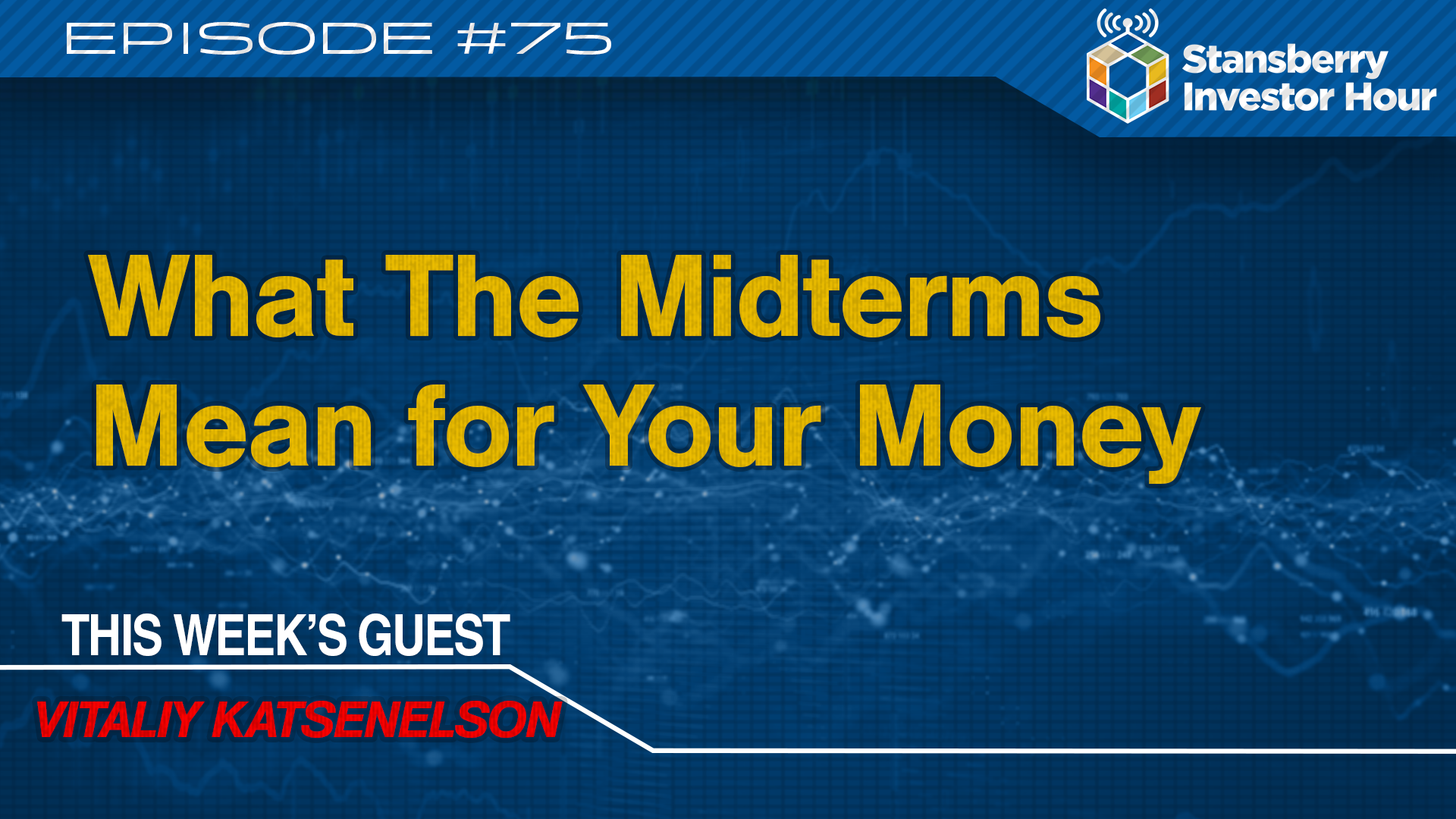 What The Midterms Mean for Your Money

With markets continuing their whipsaw movements, it’s hard to know where the dice will fall.
But with the major indices up almost 2% yesterday, there are a lot of tea leaves to go over – and a lot of bargains still to be had.
In a choppy week for markets, Extreme Value editor Dan Ferris joins us again to give his take on what this signals for stocks – and in a week where all sorts of quality companies are trading at discounts, where the biggest opportunities can be found.
He’s joined later by Vitaliy Katsenelson, the CEO and Chief Investment Officer of IMA Individual Portfolio Management. Like Dan, Vitaliy is a seasoned value investor – he’s been doing this for 20 years – and he expands on Dan’s No. 1 stated concern for the today’s markets: liquidity.
A very few companies are well-positioned to ride the liquidity crunch that’s coming – and far more are in for a reckoning.
That’s why Dan urges readers to be cautious on even the company he calls “the greatest business in the world” while Vitaliy points to the one company in the drug distribution center that’s “Amazon-proof.”

Vitaliy is the CEO and Chief Investment Officer at IMA Individual Portfolio Management. Vitaliy is a long time Value investor with over 20 years of investment experience.
READ FULL BIO

1:04: Buck asks Dan what’s top-of-mind for him given this week’s market volatility, and Dan reveals the company he’s watching closely that Porter’s talked about quite a bit even before a wave of new investigations was just announced.

5:17: Now that Disney’s recouped its $4 billion investment in Lucas Films, Buck asks Dan about one of Porter’s most prescient picks – and Dan explains how the company is much more than just a movie and entertainment giant.

13:21: Buck asks Dan what election results could do to markets this November. Dan explains why value investing is largely immune to the whims of politicians and parties.

18:30: With China making a major move in the global gold market, Buck asks Dan what a resurgence in gold prices would look like. Dan predicts that this new movement could be, for lack of a better term, like “a change of regime starting.”

22:24: Buck introduces this week’s guest Vitaliy Katsenelson, the CEO and Chief Investment Officer at IMA Individual Portfolio Management. A longtime value investor with more than 20 years of experience, he’s also the author of Active Value Investing and The Little Book of Sideways Markets.

26:30: Vitaliy reveals one of the first things he looks for as a value investor: capital allocators, and why 10-20% ownership of a company is a sweet spot for allocators. “When you make an acquisition, the purchase price came out of your pocket because you own 20% of the business. That’s what we’re looking for in good management.”

32:12: Dan asks Vitaliy about the possibility of low interest rates triggering a deflationary Japan-style period of low growth. “Historically, the way this has been solved is through printing money, through inflation… it’s a rock and a hard place.”

42:36: With health care the fight over pre-existing conditions dominating the midterm elections, Dan asks Vitaliy about the drug distribution company he owns called McKesson. “You made a very interesting point that Amazon will not kill the drug distribution. Why can’t Amazon kill this business?” Vitaliy explains why this drug company “was Amazon before there was Amazon.”