Have Tenacity as an Investor... No Matter the Climate 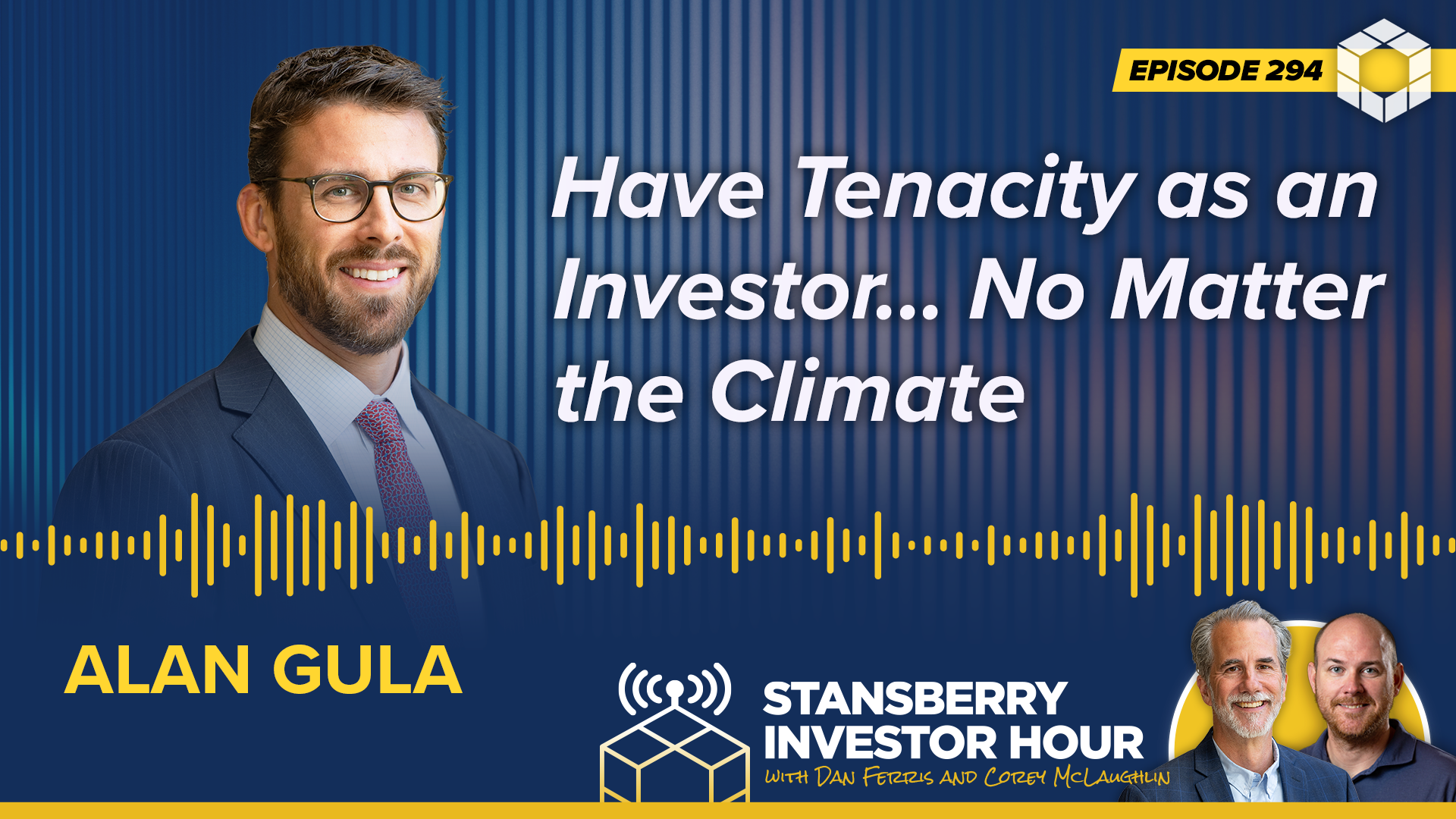 Have Tenacity as an Investor... No Matter the Climate

This week, we're thrilled to welcome a brand-new guest to the Stansberry Investor Hour... who happens to be the lead analyst for Stansberry Research's longest-running flagship publication: Alan Gula.

But first, Dan and his co-host Corey discuss the latest hot-button topics: Big Tech's sweeping wave of layoffs, why media coverage of the "debt-ceiling crisis" is just "pure noise," the "cat-and-mouse game" of the lag effects of Federal Reserve policy, and whether there could be an encore to last year's bond-market beatdown.

Speaking of distressed investments... today's guest had a front-row seat to the financial crisis, as he was working Barclays Investment Bank's distressed-debt desk when Lehman Brothers filed for bankruptcy. Alan worked at some of Wall Street's biggest firms before joining Stansberry Research. He also holds a Chartered Financial Analyst ("CFA") designation and earned his MBA with a specialization in quantitative finance from the Stern School of Business at New York University.

From as early as age 14 – when he bought his first stock – Alan knew that he wanted a career in finance. (The same can't be said for writing, however.) But after a storied career on Wall Street, he switched gears in 2014 and honed his writing before joining Stansberry Research in 2016. Alan's goal for Stansberry's Investment Advisory is to make sophisticated research accessible – and enjoyable to read – for the average investor.

"I think that any good recommendation has a good macro tailwind. And cycles are crucial from a macro standpoint," says Alan. That's how he and his team were able to catch the bottom of oil's boom-and-bust cycle... which recently resulted in a 400%-winner in less than two years for his subscribers – the largest gain booked in the newsletter's history.

But finding a winner requires more than just the right macroeconomic setup... As Alan states, it's one that "marries both the macro and the bottom-up fundamentals research." He dives deep into his bottom-up research process. And he also shares his No. 1 tip for successful investing.

Alan is the lead analyst for Stansberry's Investment Advisory, our flagship newsletter.