For today's episode of Stansberry Investor Hour, we've managed to reel in one of Dan's favorite Twitter personalities: Michael Gayed.

Michael is the brains behind The Lead-Lag Report, a long-term investment strategy newsletter. He's also a portfolio manager at Tidal Financial Group, a Chartered Financial Analyst ("CFA"), and a prolific writer – having penned award-winning research papers and more than 1,000 articles published on websites like MarketWatch and Seeking Alpha.

On Twitter, he has racked up nearly a million followers with his shrewd – and hilarious – market insights. You can count Dan as a fan, too... He introduces Michael on the show as "one of the folks in my [Twitter] feed that I have got to check in with every day."

Michael critiques the social media platform, saying "finTwit" (short for the "financial Twitter" community of users who discuss investing and money) is riddled with prognosticators who make calls based on gut feeling rather than historical data and metrics.

According to Michael, "Path matters more than prediction"... especially in the credit event and the market rally he sees possible in 2023. He relies on multiple indicators that "get ahead of highly volatile regime shifts in equities," and "when they [the indicators] all give you the same message, that's your tell."

Also, while determining your investment strategy for this year and beyond, Michael advises listeners to do one important thing...

Only with experience and knowledge and study do you know that cycles are a thing. That's what keeps you energetic – even if in the short term nothing seemingly is going to win.

Michael also breaks down the lumber-to-gold indicator for market moves... the fallacies in market timing and adapting to the market... the meaning behind his Twitter profile picture... and more. Plus, you'll also hear Dan and Corey discuss how stock bulls pinning their hopes on a Fed pivot could be in for a disappointment and the latest in shenanigans from the duo's favorite dethroned crypto king. 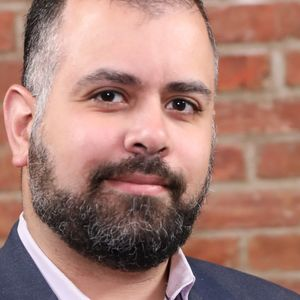 Publisher of The Lead-Lag Report

Michael Gayed, CFA is the publisher of The Lead-Lag Report. He is respected as an award-winning, results-oriented investment manager, showcasing 15 years of success in executing initiatives that result in significant revenue growth. And he is also known for identifying and implementing various investment strategies to capture market anomalies while maintaining a business mindset beyond portfolio management.

Michael offers a proven track record of evaluating investment opportunities and quickly understanding market dynamics and relationships that few tend to focus on. An out-of-the-box thinker with a passion for investing, he is committed to strengthening organizations' financial performance through hard work. And he is way more popular on Twitter - with nearly a million followers - than in real life.