The Crypto Revolution: Join, or Get Swept Away. 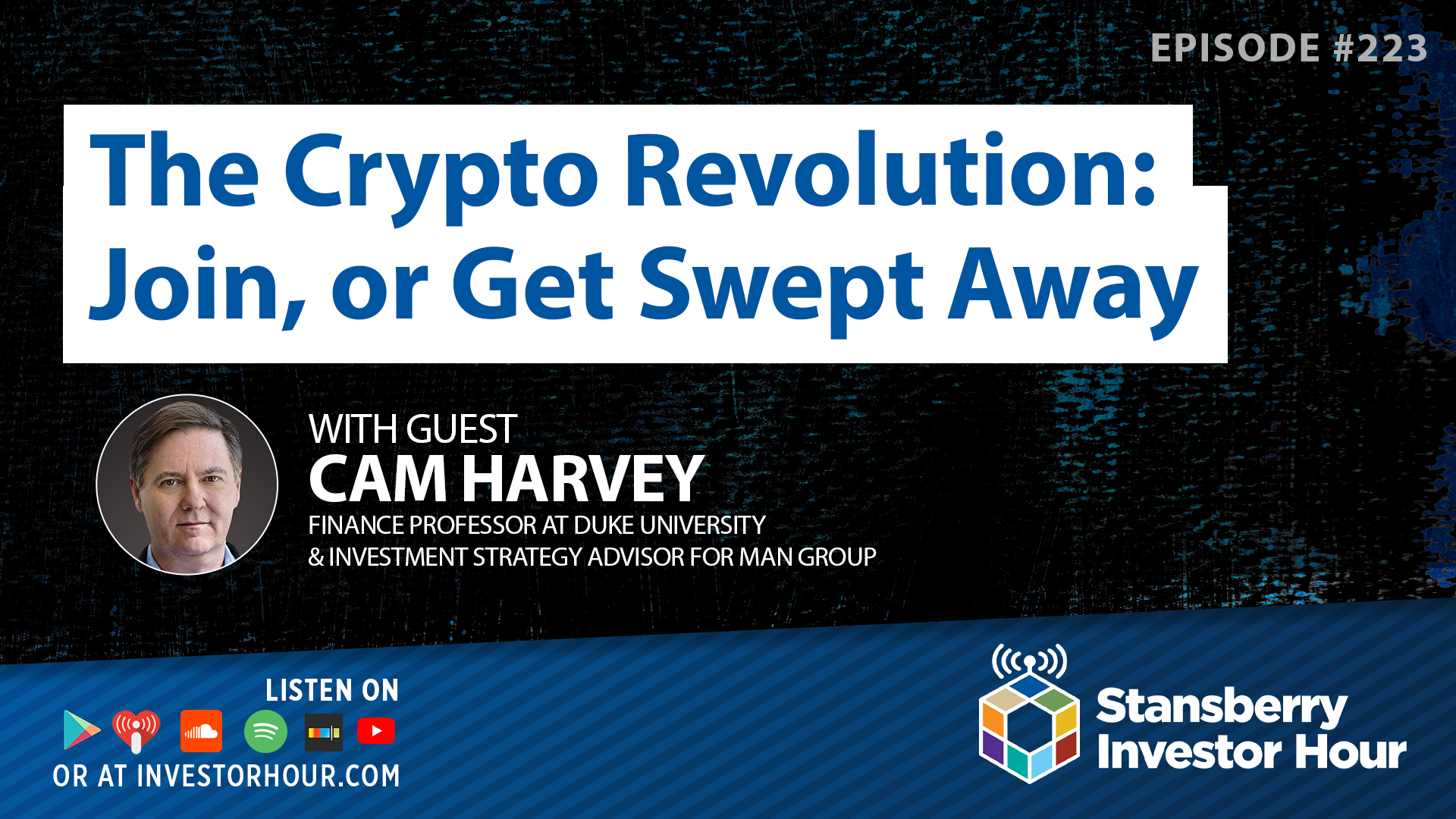 The Crypto Revolution: Join, or Get Swept Away.

Will other countries soon follow suit? Could this be the big adoption catalyst that sends Bitcoin soaring up towards $100K? Or will this experiment end disastrously and serve as a warning for other small nations thinking of doing the same thing?

To help us make sense of this incredible new development, Dan invited crypto expert, Cam Harvey, onto the show…

Cam is the professor of Finance at the Fuqua School of Business at Duke University.

And he’s also served as editor of the Journal of Finance from 2006-2012… as well as the President of the American Finance Association in 2016.

When it comes to cryptocurrencies, Cam is way ahead of the curve…

When Bitcoin was trading between $200 – $400 per coin, Cam was giving lectures to his students about Bitcoin during his finance classes…

During their conversation, Cam and Dan discuss at length what El Salvador’s recent move could mean for the US Dollar, traditional financial institutions, and other nations that might be thinking of doing the same thing…

If you’ve thought about investing in cryptos and don’t know where to get started, Cam says we’re less than 1% into this disruption, so now is the perfect time…

In fact, Cam walks listeners through the first 2 steps you need to take to get started in the crypto space the right way…

He says every listener should consider entering the crypto space… because in his words,

“You can either join this revolution, or get swept away by it…”

Listen to Dan’s conversation with Cam and more on this week’s episode. 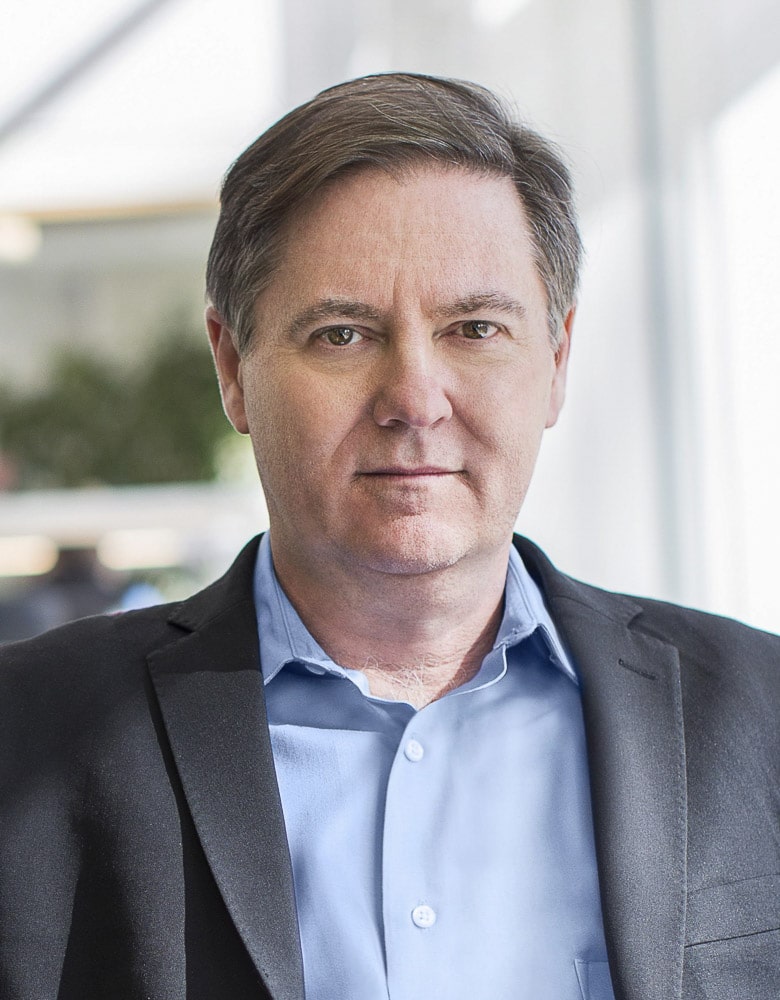 Campbell R. Harvey is Professor of Finance at the Fuqua School of Business, Duke University, and a Research Associate of the National Bureau of Economic Research in Cambridge, Massachusetts. He served as Editor of The Journal of Finance from 2006 to 2012 and as the 2016 President of the American Finance Association.

1:27 – There’s some huge news in the world of crypto… “It’s official… El Salvador has adopted Bitcoin as legal tender. In El Salvador, you walk into McDonalds, you buy a cup of coffee, and you pay in Bitcoin…”

8:45 – The quote of the week comes from one of the biggest names in the hip hop world: Curtis ’50 Cent’ Jackson… “The greatest fear people have is that of being themselves. They want to be 50 Cent or someone else. They do what everyone else does, even if it doesn’t fit where and who they are. But you get nowhere that way – your energy is weak and no one pays attention to you. You’re running away from the one thing that you own – what makes you different… I lost that fear, and once I felt the power that I had by showing the world I didn’t care about being like other people, I could never go back…”

12:30 – This week, we bring Cam Harvey onto the show. Cam is professor of Finance at the Fuqua School of Business Duke University… and a research associate at the National Bureau of Economic Research in Cambridge Massachusetts. He served as editor of the Journal of Finance from 2006-2012, and as the President of the American Finance Association in 2016.

15:03 – Cam talks about how he stumbled upon cryptocurrencies long before they became mainstream… “I decided to inject a lecture into my course, dedicated to cryptocurrency, and this was in 2015…”

17:42 – Cam explains what gave him the conviction to teach his students about crypto so early on… “We’ve been in effectively the same model of finance for 150 years, and I think it’s incumbent upon me to challenge my students to look beyond a naïve extrapolation of where we’ve been in the past…

21:31 – Dan asks Cam to expand upon the current state of decentralized finance… if you think you’re too late, Cam has some good news…”We’re less than 1% into this disruption…”

25:50 – While discussing yields, Cam explores why are “the savings rates so low at commercial banks and why are the lending rates so high?”

29:55 – “In the age of the internet, it takes 2 days to transfer ownership of a stock, and that’s just completely unacceptable. With DeFi [decentralized finance], the execution and the transfer of ownership happens exactly at the same time.”

34:00 – Cam shares two specific tips for anyone looking to get involved with DeFi and cryptocurrency. “Number 1, go online and get a Coinbase account… Number 2, establish a wallet that’s outside of Coinbase…”

39:02 – Cam and Dan discuss what El Salvador adopting Bitcoin means for other smaller countries like Venezuela… “The average person in Venezuela gets hammered [by inflation], it just destroys what they’ve got. They can’t have a bank account in Miami. But they have a mobile phone. And on that mobile phone, they can have a stablecoin linked to the US Dollar… So effectively, what decentralized finance has done is bank the unbanked…”

48:31 – Cam explains why central bank digital currencies will likely meet resistance from many Americans… “In my opinion, the central banks have sat around too long… I think it’s too late. They’ve lost control. The horse has left the barn…”

51:50 – Cam leaves the listeners with a clear final thought as the interview comes to an end… “You can either join this revolution, or be swept away by it…”

56:40 – This week we’ve got a ton of great questions on the mailbag. One listener asks Dan what our politicians could do that might jeopardize the US Dollar as the global reserve currency… Another asks if inflation could actually have some unforeseen benefits… And another listener shares some insane stories from his time in China in response to last week’s discussion… Listen to Dan’s response to this and more on this week’s episode.