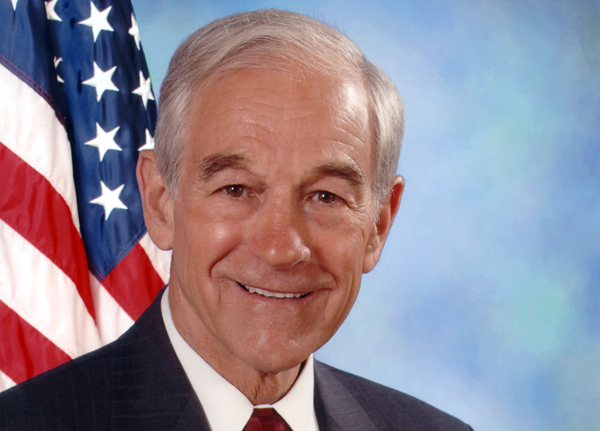 Ron Paul is an American author, physician, and former politician. He was the U.S. Representative for Texas’ 14th and 22nd congressional districts. He represented the 22nd congressional district from 1976 to 1977 and from 1979 to 1985, and then represented the 14th congressional district, which included Galveston, from 1997 to 2013. On three occasions, he sought the presidency of the United States: as the Libertarian Party nominee in 1988 and as a candidate in the Republican primaries of 2008 and 2012. Paul is a critic of the federal government’s fiscal policies, especially the existence of the Federal Reserve and the tax policy, as well as the militaryâindustrial complex, and the War on Drugs. Paul has also been a vocal critic of mass surveillance policies such as the USA PATRIOT Act and the NSA surveillance programs. Paul was the first chairman of the conservative PAC Citizens for a Sound Economy and has been characterized as the “intellectual godfather” of the Tea Party movement.

A native of the Pittsburgh suburb of Green Tree, Pennsylvania, Paul is a graduate of Gettysburg College and the Duke University School of Medicine, where he earned his medical degree. He served as a flight surgeon in the U.S. Air Force from 1963 to 1968. He worked as an obstetrician-gynecologist from the 1960s to the 1980s. He became the first Representative in history to serve concurrently with a son or daughter in the Senate when his son, Rand Paul, was elected to the U.S. Senate from Kentucky in 2010.

Paul is a Senior Fellow of the Mises Institute, and has been an active writer, publishing on the topics of political and economic theory, as well as publicizing the ideas of economists of the Austrian School such as Murray Rothbard and Ludwig von Mises during his political campaigns. Paul has written many books on Austrian economics and classical liberal philosophy, beginning with The Case for Gold (1982) and including A Foreign Policy of Freedom (2007), Pillars of Prosperity (2008), The Revolution: A Manifesto (2008), End the Fed (2009) and Liberty Defined (2011).

On July 12, 2011, Paul announced that he would forgo seeking another term in Congress in order to focus on his presidential bid. On May 14, 2012, Paul announced that he would not be competing in any other presidential primaries but that he would still compete for delegates in states where the primary elections have already been held. At the 2012 Republican National Convention, Paul received 190 delegate votes. In January 2013, Paul retired from Congress but still remains active on college campuses, giving speeches promoting his libertarian vision. Paul received one electoral vote from a Texas faithless elector in the 2016 presidential election, making him the oldest person to receive an electoral vote, as well as the second registered Libertarian Presidential candidate in history to receive an Electoral College vote after John Hospers.

What People Should Do With Their Money | Dr. Ron Paul